Each part of Nepal has its own cultural setting, tradition, belief, language, and social organization. Every sacred place, pilgrimages, and historical monuments and memorials reflect the divine richness of the Nepalese culture. As our professional guides navigate the team for the cultural tour, we assure them with valuable insights on the Nepalese lifestyles, spiritual rejuvenation, cultural and natural delights on this 6 days Kathmandu and Pokhara tour.

For the traveler’s flexibility, we also have a tour package of Kathmandu World Heritage Tour- 3 days, which aims to showcase the natural beauty of Kathmandu within a short span of time. 5 days-Kathmandu tour with Mt.Everest Flight, which includes the majestic vistas trip in a helicopter and Kathmandu cultural tour. For those who want to spend their time within the boundaries of Kathmandu, we do have 5 days- Incredible Kathmandu tour with overnight at Nagarkot.

Customized package options are also available for the travelers willing to explore the areas as per their destination.

Best Adventure Travels welcomes the explorer to Nepal. Our representatives shall pick the travelers from the Tribhuvan International Airport (TIA) and then transfer each of them to the 3- star Moonlight Hotel in Thamel.

In the evening, a welcome dinner is hosted by us, where exclusive Nepali cuisine shall be served.

Just across the few lanes of Thamel in the South direction, is the popular Kathmandu Durbar Square, the palace built by the Malla rulers in the 15th century. The palace currently is the museum depicting the gallery, art, culture, civilization of Shah rulers. Whereas the Basantapur area, highlights the stone-paved courtyards, pagoda-style temples, and cultural eccentrics of the Newari community residing in Indrachowk, Ason, and Chhetrapati.

The glorious Buddhist Chaityas is positioned on the west flank of the Kathmandu and is famously known as the Monkey temple. The architectural beauty of Soyambhunath flows serenity and humble feeling. There are around 365 steps to reach the Stupa, which was built in 5th century. The stupa consists of a dome, and cubical structure with the Buddha’s eyes, looking at all the four directions.

The holiest and oldest Hindu shrine of Lord Shiva resides in the banks of the Bagmati river. The temple holds a strong belief of Hindu culture, its importance, history, festivals and the way they are celebrated. The temple has the collection of shrines developed in the 5th century of the Lichhavi period. The main temple is a two-story pagoda style temple with a wooden rafter made out of wood, copper, and gold coverings. The main idol of Pashupatinath is of stone covered with silver base. The stone is one meter tall and is faced four directions. The surrounding is pleasant, vibrant and refreshing.

The antique religious architecture of Boudhanath offers a stunning, craftsmanship mounted in the northside walks of the outskirts of Kathmandu. The Chaitanya never fails to amaze the visitors via its tall proud stature. The white dome supports the cubical structure demonstrating the Buddha’s eyes in all the directions. The Stupa is surrounded by local and continental eateries, gifts shops, and thanka shops. The place is forever vibrant and filled with worshippers, performing rituals, and singing songs reflecting their culture and tradition.

The city of Patan has been described as the picturesque collection of architectural buildings built back in the 15th to 17th century. The area is recognized by the UNESCO as the world heritage site, in 1976. The important things that draw the attention of the traveler towards the crafted Golden Temple, Golden Window, metal crafted Krishna temple with 21 golden pinnacles, the classic stonework of Sundari Chowk, Royal Taleju Temple and several other shrines, sculptures scattered around the durbar square.

After taking 6-7 hours of tour inside Patan and Bhaktapur valley we take a domestic flight to Pokhara which is approximately 25-minutes and land in the City of Lakes.

The valley owes several numbers of lakes including, Phewa lake, Begnas lake, Rupa lake, Neurani lake, Maidi lake, Khaste lake and the magnificent Himalayas such as Machhapuchre, Dhaulagiri, Manaslu, and Annapurna ranges. We enjoy the natural settings and visit Davis Fall, the narrow water alley flowing into the deep canal, we also visit the nearby Mahadev temple (Gupteshwor Mahadev). Afterward, we do a bit of boating in Phewa lake to Barahi temple and hike to Sarangkot, the highest point of the Pokhara valley to catch the glimpse of setting sun. The atmosphere of Pokhara valley from Sarangkot is a heavenly experience as we get to see the panoramic view of the Himalayas, Pokhara valley and Phewa lakes. In the evening, we explore the nightlife of lakeside and reside in the Tika resort.

Day 05 : Sightseeing and fly back to Kathmandu. 2 -3 hours tour and 30 minutes flight

We take a tour of the amazing city landmarks including the Peace Stupa, the Buddhist pagoda style monument situated at Anadu Hill. The stupa is the symbol of peace and was founded in 1973. From there we move on to the International Mountain Museum that keeps track of the previous and present traces of mountaineering activities in the Himalayas. We also take a tour of the refugee camp, understand their lifestyles, and their unique handicraft products.

On the very day, we fly back to Kathmandu. The travelers can explore the nearby areas of the hotel or go out on shopping to buy presents for their beloved ones. 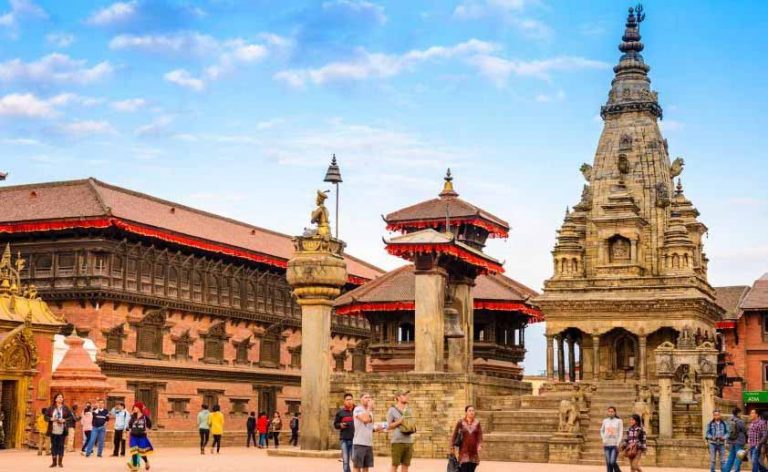 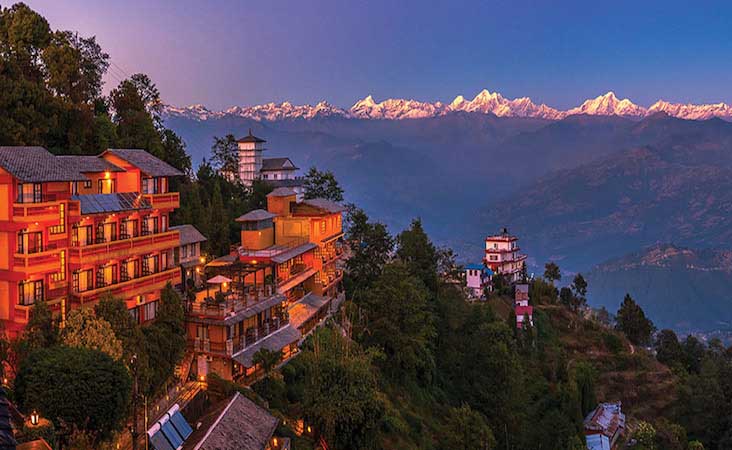 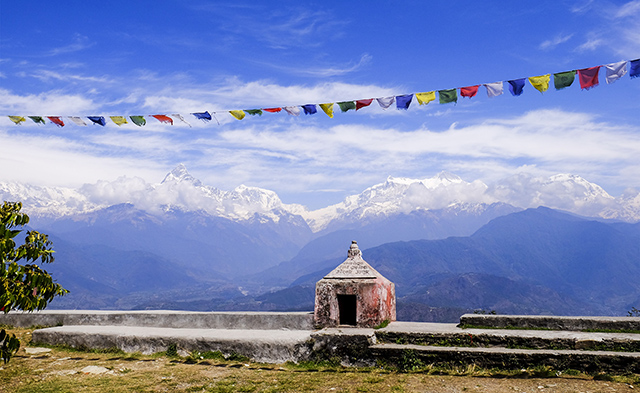 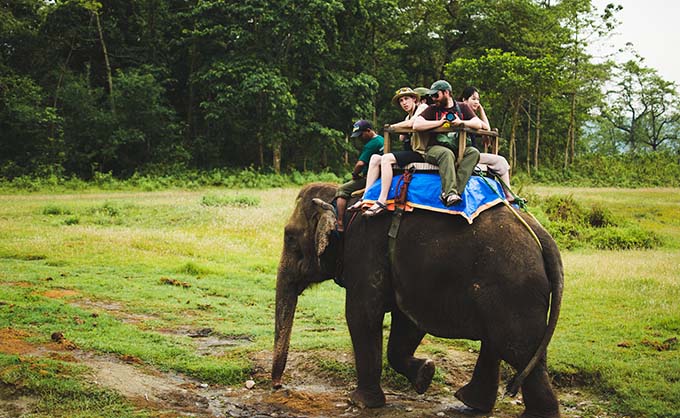 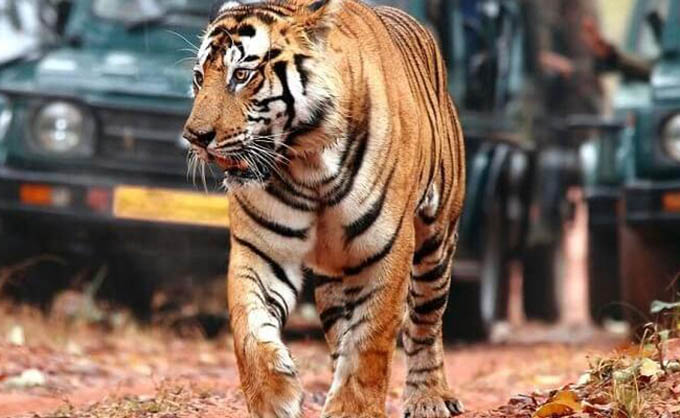 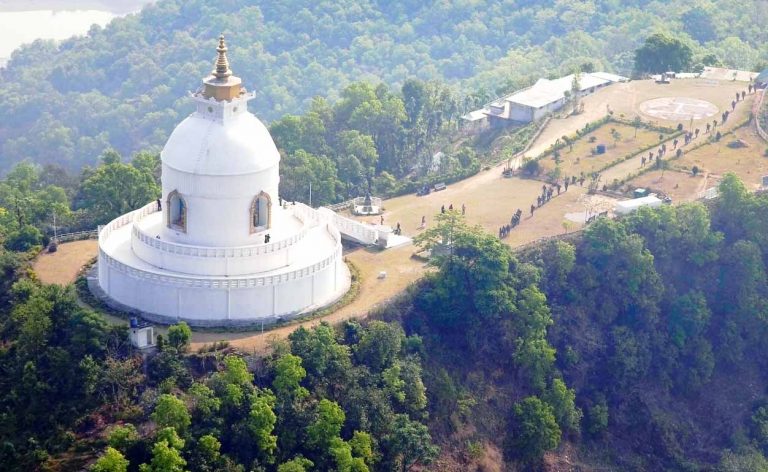