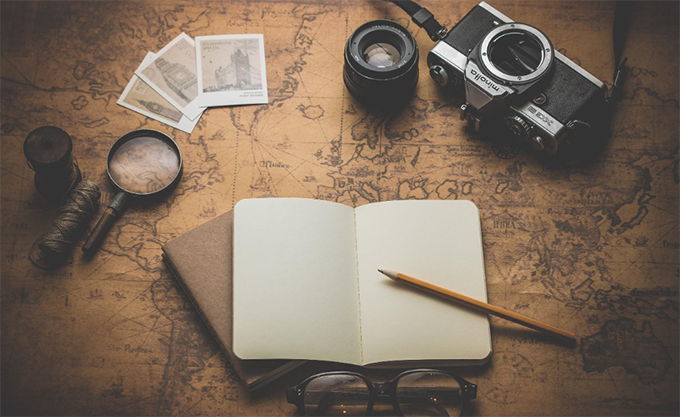 New Year always brings new hope and a new beginning. A brand new chapter in life’s waiting to be written and new questions are to be asked. So why not try something different this 2021(Visit Nepal year), something adventurous. Why not travel and explore some of the least explored regions of the world and live the adventure.

Our expert travel managers have searched far and wide and identified places that all deserve a spot at the top of your bucket list in 2021. Who Knows they all might be your dream destination!!

There are many ways you can reach the Everest Base Camp, among the many alternatives most of the trekker prefer the Classic Everest trail or the North Base Camp via Tibet which is easily accessible by road.

Trekkers usually fly from Kathmandu to Lukla [Tenzing Hillary airport one of the most dangerous airports of the world] to start their trek whereas the North Base Camp; the Tibet side it is a different story. The North Base Camp is accessed by vehicle from the Friendship Highway via a 100 km road branching off to the South.

The best time to visit Everest is in the spring April to mid-June and autumn September to November.

In the North West of Nepal, Annapurna Region is one of the most visited and has some of the world’s best trekking routes. Paradise for trekkers, this region is one of Nepal’s wettest, driest and most windy places. Described as heaven on earth by many trekkers and nature lovers, the Annapurna region is visited three times more than any other trekking destination in Nepal.

The months between March to May (spring) and September to December (autumn) are the best months to trek the Annapurna region. The days will be warm and nights will be generally cold with cool breezes.

Join the adventure and fun exploring the astonishing vistas of the Himalayas. Taking a Himalayan helicopter tour is a truly exceptional activity, packed with awe-inspiring scenery and majestic peaks.

The Everest Helicopter tour is one of the easiest and the best ways to see the mighty Everest up close and personal. March to May and September to November are the best months for the Everest Heli tour, where the sky is clear with some breathtaking views.

Gokyo Valley, a valley in the shadow of four 8000ers including Everest, is certainly one of the world’s most popular trekking destinations for adventure enthusiasts.

See Everest and its surrounding from a different perspective. Besides the 4-8000er’s the other highlight of Gokyo valley trek is the turquoise glacial lakes; which are walkable during winter. The best month to visit Gokyo is from September to November and March to May.

Nepal’s remote Himalayan region is always a great query for adventure. The high-altitude valleys, untouched Shangri-Las and pockets of pristine Himalayan culture is what the remote regions of Nepal are known for.

The remote regions of Nepal provide you with the fabulous mountain scenery, ranging from the high-altitude Trans-Himalayan deserts of Upper Mustang and Upper Dolpo to the deep jungle gorges of Manaslu to Kanchenjunga and one of the largest lakes of Nepal, Rara Lake. 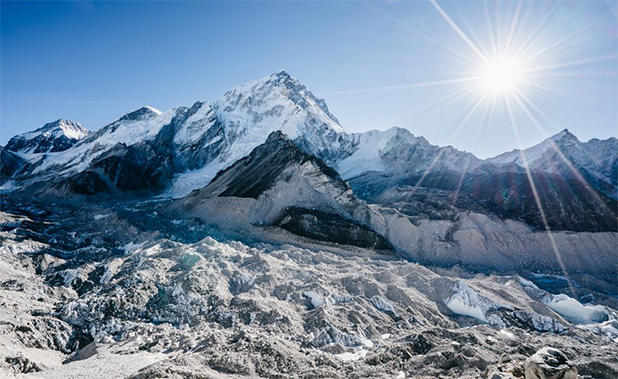 Trek to Everest base camp is one of the most desired walks in the world. Leading the Everest base camp through the ethnic villages of popular Sherpa inhabitants, which receives more than 35,000 trekkers in a year. The route to the mount Everest base camp passes through the Tengboche Monastery.  Commencing the journey from Lukla is an adventure per se as it has one of the most scenic flights in the world. The trekkers and mountain enthusiasts congregate here and trail off to ascend higher to Namche bazaar and surrounding villages whose natives are legendary Sherpas. Interacting with them helps you comprehend their culture and the connection they have with the mountains. This trek is both mentally and physically demanding and can be termed as an acid test for any nascent climber. As intimidating it sounds, the vicinity around Sagarmatha National Park with its breathtaking visuals of high mountains , glacial lakes, yaks and Buddhist monasteries is equally rewarding.

During the fall (September-November), many tourists prefer accommodation in the Tengboche village and witness the Mani rimdu festival.  Beginning their journey from the small town of Lukla to grant Kala Patthar 5,545 m (18,204 feet), trekkers usually leave in the village of Tengboche to spend a night.

There are several flights flying the Kathmandu – Lukla. Also known as Tenzing-Hillary Airport, Lukla airport is titled  as the most challenging runways in the world because of its tiny runway.

However, For most of the time in flight you will feel very calm & enjoy once in a lifetime views of  the highest mountains in the world.  Flights from Kathmandu take around 25 minutes. Lukla, at 2860 m above sea level is a village in Khumbu home to the main airport of the region caters a number of hotels for travellers. It is the entry and exit point for tourists and trekkers visiting the Everest Region.

Jiri “Gateway to Everest Base Camp” is the nearest destination about 184 km from Kathmandu. From there it is usually a 6-7 days trek to Namche Bazaar.

Namche Bazaar, the gateway to the high Himalaya is located within the Khumbu area at 3,440 meters. Popular with trekkers, Namche is the main trading centre and a hub for the Khumbu region. Namche, the modern Sherpa capital is said to be the most expensive place in Nepal, almost three times more expensive than Kathmandu. Transportation of goods to such high altitude is difficult and yet Nepal is not fully accessible for transport, so prices are legitimate

The weather of Namche is mainly affected by its altitude and the summer monsoon season, having cool, wet summers and chilly, dry winters.

Everest Region has been a meeting point for many travellers and mountain climbers since Mount Everest first appeared in the telescopes of mountain surveyors. Mt. Everest & Base Camp being an obvious trademark, Everest Region does offer many other sights.

Located in the northeast region of Nepal, Sagarmatha National Park consists of rich Himalayan terrain. Wielding the dark valleys and ethnic settlements, Everest region, the UNESCO World Heritage Site is home to a multitude of species of flora and fauna and the Sherpa ethnic tribes.

Sagarmatha National Park falls on the road to Everest Base Camp. You can enter the park before or after what it is until the base camp. Trekkers considering making lakes of Gokyo trek or Everest trek base camp  through Jiri can also visit the park.

Kala Patthar, meaning ‘black rock’ in Nepali is a notable landmark located on the south ridge of Pumori in the Nepalese Himalayas. The ascent of Kala Patthar is very popular with trekkers in the region of Mount Everest since it provides the most accessible point to view Mt. Everest from base camp to peak.

The views of Everest, Nuptse Nup II and Changtse are spectacular from Kala Patthar and there are glimpses of the northern flank and summit of Lhotse.

Best Time to Trek to Everest Base Camp Trek

The months between March to May (spring) and September to December (autumn) are the best months to trek to the Everest Base Camp. 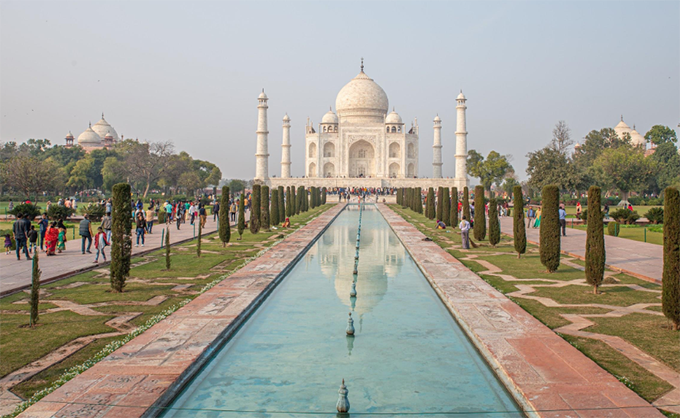 It’s Also is a popular tourist destination because it covers 3 different cities and their unique cultures.

Delhi or the City of Djinns is the capital of India. It is the most historical place in the entire India. The settlers first inhabited the region in 2nd Century BC. According to the legend, it’s believed to be the capital Indraprastha of the Pandavas from the epic Mahabharata.

It has been captured, ransacked, destroyed and rebuilt numerous times during the Delhi Sultanate, Sayyid and Lodhi Dynasty, Mughal Empire and British India. A historical and socio economic stronghold of India, Delhi is equally a favourite of the most travellers for its fusion of old and newer lifestyles, culture, hullabaloo and history.

Some of the tourist attraction sites in Delhi are;

Agra is the home of the iconic Taj Mahal, a white marble mausoleum built by the 5th Mughal Emperor, Shah Jahan, for his favourite consort Mumtaj Mahal. Located on the banks of Yamuna river in Uttar Pradesh, Agra is another historical place with past riches from the Mughal empire.

It was the capital during the times of Sikandar Lodhi and Mughals. You can find the sacred tomb of Akbar the Great located at Sikandra, Agra.

Some of the most popular tourist sites in Agra are;

Jaipur, also known as the Pink City, is the capital and the largest city of the Indian state of Rajasthan. It was established in 1727 by the ruler of Amer Maharaja Jai Singh II, after whom the town is named. It’s one of the most popular tourist destinations in India and serves as the gateway for other Rajasthani states, such as; Jaisalmer, Jodhpur, Udaipur and Bikaner.

It was planned to relocate the capital of Amer from Dausa to the current location to accommodate water scarcity and a growing population.

It is known for its authentic Rajasthani roots. It’s exquisite cuisine, rich culture, couture and customs set it apart from its neighbouring Indian states.

Some of the major attractions of Jaipur are,